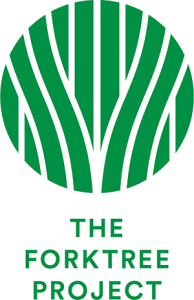 The Forktree Project involves restoring and reforesting 53ha (133 acres) of degraded farmland in South Australia’s Fleurieu Peninsula  to the way it was before it was cleared in the 19th Century.  The project will be a showcase for what is possible in terms of land regeneration and carbon offsetting and, when complete, will support a native ecosystem of 30-40,000 trees rather than the current 30-40 trees. Restoring the land will bring huge biodiversity benefits as well as sequestering tens of thousands of tonnes of carbon helping combat the two biggest threats facing us – climate change and biodiversity loss.

2. Showcase what can be done in terms of land regeneration and carbon offsetting.

3. Look at how the Australian Carbon Credit Units system can be made more accessible to landowners to encourage more land restoration.

04. Serve as an educational resource and encourage others to explore small scale land regeneration initiatives.

For more information on The Forktree Project, click here.