Tim supports a number of charities and organisations working in the conservation and exploration fields. This variously includes roles as patron or member of their boards, providing technical advice, assisting with fundraising and marketing and public speaking.

Tim is Chair of the Adventure Advisory Panel and Member of the Advisory Board of the Australian Geographic Society, being a keen supporter of its goals of adventure and conservation for all.

Tim became a Fellow of the Royal Geographical Society in 1989 and has remained actively involved with the Society ever since. In 2016 he undertook a sell-out tour of the UK for the Society, speaking about his recreation of the survival journey of Sir Ernest Shackleton.

The Australian Rhino Project is committed to helping secure a future for rhinos by establishing a population of rhinos in Australia as an insurance breeding herd. This herd will serve as an insurance population in the event of extinction of the species in the wild which, if the current rate of poaching continues, could happen before 2025.Tim is honoured to be an ambassador for this amazing project.

Save Our Marine Life Alliance

Tim has a key active role in the global campaign to establish the East Antarctic Marine Park – working with the Save Our Marine Life Alliance, the Australian Marine Conservation Society and the Pew Charitable Trusts. In 2019 Tim stood with Federal Environment Minister Sussan Ley in Canberra to recognise Australia’s proud legacy of Antarctic protection and to urge the nations of the world to support this much-needed Marine Park. 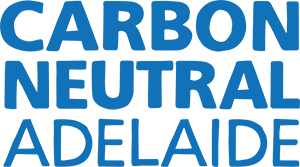 As a founding partner of Carbon Neutral Adelaide, Tim supports Adelaide’s bid to be the world’s first carbon neutral city. He believes Adelaide can set an example of achieving carbon neutrality, protecting itself against climate threats whilst realising the many commercial opportunities that exist, and works actively to encourage the kinds of institutions, businesses, frameworks and thinking needed to deliver this vision.

Tim is proud to have been appointed a Vice President of global environmental organisation Flora and Fauna International. FFI’s work is more important than ever in these challenging times and Tim is excited to be working with such an exceptional team and is confident that FFI can continue to make a real difference.

In 2005 Tim was Ambassador for The Smith Family, an independent children’s charity helping disadvantaged Australians to get the most out of their education so they can create better futures for themselves.

In 2009 he served as National Ambassador for the Leukaemia Foundation Australia.

Other recent positions include 4 years as Patron of Nature Play SA (established to increase the time children spend in unstructured play in nature to improve fitness, problem solving ability, and emotional resilience) and 5 years on the board of Zoos SA, Australia’s leading conservation-focused zoo. Tim is proud to have been able to contribute to the important work of these two organisations.